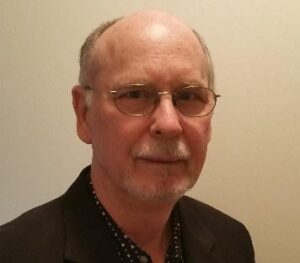 Biography:
From 1966-1970, Don served in the US Air Force, including a year tour in Viet Nam.  Following his military service, Don was awarded Bachelor’s and Master’s degrees and was employed for 33 years with the Florida Park Service.  After retiring in 2007, Don became a member of the retired military organizations American Legion, Veterans of Foreign Wars, and AMVETS

Afterward, Don began developing his arts & culture resume.  In August 2015 Don founded Heroes Not Forgotten (HNF), a 501c3 nonprofit organization, and currently serves as HNF’s Board Chairman and President.  He was the scriptwriter and producer for the short, public service film Heroes Not Forgotten – An Americanism Film.  In April 2019, Don founded the Northeast Leon Society for Arts & Culture (NELSAC), a 501c3 nonprofit organization.  He is currently NELSAC’s Board Chairman and President.  In 2020 Don established and administered the Student Online Short Film Contest (SOSFC) for students in Leon County, FL.  Don recently acted in the short film, We Belong, produced by Mother’s Cry, a 501c3 nonprofit organization.

Don is currently seeking new project opportunities for HNF, NELSAC, SOSFC, and himself. 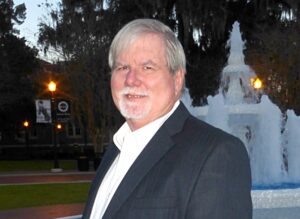 Biography:
Byron, a Quincy, Florida resident, is a retired newspaper editor and has been active in live theatre for over 21 years.  He is the part-time marketing director for the Quincy Music Theatre and has appeared in over 65 musicals at the QMT.  He has  acted in a dozen dramas.  Byron co-wrote and directed a courtroom drama  and wrote, directed, and acted in a Halloween drama.  He is currently directing and producing a short film, which he wrote.  He plays the cemetery superintendent in our short film, “Hero’s Not Forgotten.”

For almost nine years, Byron had a talk radio program, where he interviewed local people who had extraordinary lives, including Jack Wingate, a local sports fisherman, and Bobby Bowden, Florida State University’s head coach.  For seven years, he did a local news overview for the CBS (WCTV) affiliate in Tallahassee, FL

Byron is currently  publishing a three-part series.  Part one and two are novellas and are available on Amazon.com.  He has written a dozen serials that  have and are being published in Florida newspapers.  In addition, he writes a weekly column for the Floridian.

Over the years he has written a number of short stories which have been published in local papers.  He will publish his first full novel, a historical fiction, in the summer of 2022.

Byron has a military connection.  All of his uncles served in World War II.

Please Donate Funds, so HNF may continue to Honor and Remember America’s Military Veterans through
Film, Media and Performing Arts productions.
Your Donation is Tax Exempt.

Donate with Credit Card via PayPa